Ann Arbor resident Dean Solden is an all-round “creative person,” composer, professional jazz pianist, and has even written and performed a one-man theatrical play. He also has been a leader in the senior living industry for the last two decades here in Ann Arbor.

In his latest project – being at home like many during the Pandemic of 2020 – Solden started playing classical music again, as he had in college. Solden had always been fascinated with the evolution of jazz, how it grew and changed from Swing era in the forties, to the Bebop era of Charlie “Bird” Parker in the 50’s, to the “cool jazz” era of Miles Davis in the 1960’s. As he was playing classical music, he became aware, again, of the evolution of classical music, from Bach to Mozart to Chopin. What he began to realize was the similarity between the evolutions stylistically – the way Mozart grew from Bach was very similar to the way Miles grew from Bird!

In his unique, inimitable style, Solden will perform and demonstrate his pianistic virtuosity through “groovin’” jazz and “soothing” classical piano music, and show the audience how these two musical art forms of classical and jazz, even centuries apart, have the same magical, human evolution of artistic growth and change. From Miles Davis’ All Blues and his rendition of Autumn Leaves crystalizing with Chopin Waltz’s and Mozart’s beautiful Sonata in F (332), this will be a concert not to be missed! 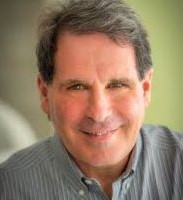 Dean Solden is the Executive Director of Balfour Ann Arbor, a new, luxury, Independent Senior Living Community near downtown Ann Arbor, where one can also age-in-place with assisted living and memory support apartments.